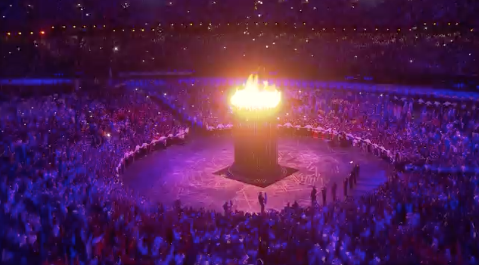 It depends on the non-stutterers.

If you are patient with me and never belittle my speech impediment, then I appreciate you. I truly do. Even though you have the opportunity to punch me down, you are too dignified to do so. Your understanding show you are indeed special human beings… and I am not being sarcastic.

If you treat me like shit, then you can ram cactuses to your unwiped asses, you fucking pigs.

The King’s Speech is not that impressive artistically and I cannot comment on its historical accuracy. But, I can definitely say it is very relatable to me.

The main character is mocked and bullied for his stuttering by people who see themselves as the so-called real victims for having listened to his stuttering, resulting in his bouts of anger… which actually help him speaking articulately.

And that’s literally my life!

While I don’t think my stuttering is the sole cause of my short temper, I do think it is certainly a cause. I stop stuttering only when I forget about my condition… or when I am so fucking pissed, I have to restrain myself from popping fucktards’ heads like fucking water balloons.

I don’t know why anger works. Maybe anger boosts my confidence. Maybe being emotionally-intense in general improves my articulation. Who knows?

And those victim card players…

Framing themselves as the victims means they are implying that I am deliberately fucking abusing them with my defect, that I stutter by fucking choice, that I fake my fucking stuttering.

And, in my case, they are not just mere implications. They are the things people have confidently said to my face.

I have encountered people who accused me of enjoying torturing people with my defect by making them feeling ashamed for being associated with me!

I even have encountered one person who literally accused me of faking my defect because I wanted people to pity me, even though he/she knew damn fucking well that they mocked me because of it.

It is infuriating how those retarded mongoloids inhumanely dismiss my suffering… and it is disturbing how they treat my speech impediment like the average people AKA idiots treat mental illnesses.

I did mention how anger helps me. The older I get, the more obvious it is how I have no incentive to lengthen my fuse.

Why should I when anger enhances my verbal articulation? Why should I when people like those animals constantly want to subjugate me with their barbarism? It is cheaper and more effective than therapies and if it wasn’t for my explosive temperament, I would have no means to protect myself.

I make it sounds like I am surrounded by such creatures. I am not. Most people I have encountered actually never abuse me for my impediment; they are either empathetic or very good in hiding their snake-ness.

Un-fucking-fortunately, people still don’t realise how their heartlessness can negatively affect their fellow human beings (whom probably they don’t consider ones). Apart from becoming an angry person, I also grew up as a obedient little bitch who gave too much fuck about what other people thought.

While I am still struggling to stand up for myself and stop caring too much, I am now way better at them… much to my abusers’ disappointment.

And, the best of all, I am using my short temper -which those bastards exacerbate- as my personal weapon against them.

After I think of it, The King’s Speech has one thing that I cannot relate. Unlike me, Bertie actually found the right therapist.