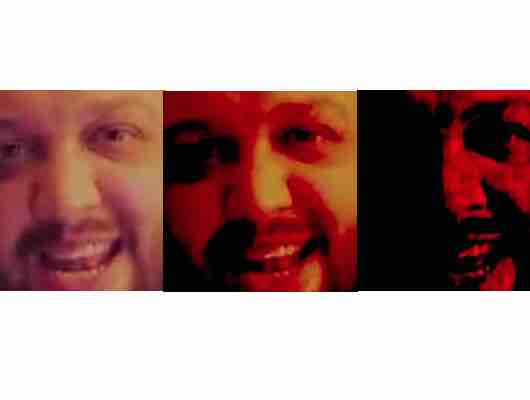 I first heard about The Rewired Soul, real name Chris Boutté, when Bobby Burns had become a persona non grata in Youtube community; I did not watch any of his videos as I thought he was just another commentator who was disappointed in the young and talented Youtuber’s demise.

I started to know about his true nature when Primink made a critical video about him. I do think Primink screwed up by citing Kati Morton as a good therapist just because she is licensed; her appearance in Shane Dawson’s Jake Paul series clearly shows how unethical she is. But, in general, he was right about how Boutté’s lack of integrity.

I tried to watch any of The Rewired Soul videos and I couldn’t finish a single one. He, a someone without the credentials, does try to represent himself as a therapist, albeit implicitly. He does disregard the importance of informed consent. He keeps diagnosing his fellow Youtubers despite their plea for him to stop; he is literally harassing them!

By the way, I am describing his actions in the present tense even though he is on a break. Why? Because his now-deleted apology video where he played the victim card and the fact that he started to take a break after his own fans turned against him show how he has yet to express genuine remorse. Also, the fact that there will always be people who love what he is doing means he has no incentives to change.

For me, his popularity is frustrating, disturbing yet not surprising.

For one, I also love to ‘diagnose’ complete strangers, like Youtubers. To this day, I still believe they possess certain traits they hide from the public, despite me not having solid evidences; because of that reason, I only talk about them in private chats with my friends.

You may think I am just projecting myself onto others and that is a valid thing to say. But, others are trying to do the same to me and, unlike me, they are actually proud of themselves for doing this.

People whom I have never opened to constantly try to convince me what they think of me is accurate when it is mostly not and, every time I try to rebuke them, they try to convince me I am in denial. Whether I interact with them in the physical or virtual worlds, the less they know me, the more aggressive they are.

Yes, they are just my anecdotes. Unlike a certain political figure, I don’t think data is the plural of anecdotes. But, I can point out to cases where we harass public figures by forcing them to ‘corroborate’ falsehood about their personal lives.

Shawn Mendes has been forced to admit his homosexuality by people who lack any evidences. If we go to the world of Youtube, many fans insist that certain Youtubers, like Dan and Phil, are indeed gay and in same-sex relations with each other, again, by people who lack evidences. And those are just two examples.

On what can we blame this blatant breach of personal boundaries? I believe the problem lies on the delusion of bonding.

I was raised in a society where relationships were judged solely by quantities, not by the qualities and I have no doubt many societies are also guilty of the same sin. Apart from the demonisation of introversion -which is a completely valid personality trait-, one side effect of such societal ‘quirk’ is many people I have met pitifully believe more interactions equals greater intimacy; they cannot comprehend how idiotic they sound.

Of course, that is how relationships are in the physical world, where the delusion can easily take shapes due to the direct contacts. But, I also believe this can also occur even when no interactions ever occur.

Just admit it: you feel connected to certain public figures because you read their books, you listen to their songs or you are ideologically in tune with them; I am still guilty of such sin. But, the thing is I actually acknowledge it is just a feeling!

Many still believe feelings are facts. We feel we are a part of our idols’ private lives; not only we feel entitled to be included in them, we also feel entitled to our own so-called ‘facts’ about them. And it is not just fans. Even haters and ‘neutral observers’ also have such sense of entitlement’, just because they watch, listen to and read about those public figures.

When I watched Primink’s scathing video for the second time, I finally took heed of this screenshot he took when he argued with Boutté:

“So if you had a depressed friend, you wouldn’t recommend they try therapy?”

Friend. Boutté tried to present himself as a ‘concerned’ friend to Trisha Paytas, Bobby Burns and any Youtubers whom not only he has never interacted with, but also has publicly bullied. He is either delusional or pandering to his delusional fan base; in the light of the recent exposés where he is exposed as a scammer, I am more inclined to believe the latter.

But, whether he is genuinely delusional or not, it does not matter. His online persona condones the delusion of bonding which makes him alluring to ones who clearly suffer from it. Based on what I said earlier, I believe those individuals will always exist.

If he continues to defecate the same toxicity as before, his videos would still be watched by said individuals. If his career ends forever, others would be readily available to take over his place. So, not only I am not shocked by his popularity, I also would not be surprised if he can successfully pass his psychologically-hazardous baton to other content creators.

My belief in the existence of such delusion grows slowly over many years. The more I interact with my fellow human beings and the more I delve into the world of Youtubers, the more I believe in its existence. The screenshot taken by Primink really cements it.

Oh, and I have to say I am disappointed with PsychIRL regarding this. I respected her as an intelligent and level-headed commentator and I still do. But, instead of grilling him, she just let him used her channel as his additional platform; she let him use her video as a free advertisement of his channel.

Anyone who were not stupid enough to fall for his ‘compassion’ rhetoric would immediately see how toxic he was and Donna of PsychIRL is clearly far from stupid. It seems her embrace of civility can also be a weakness, as shown in this case.