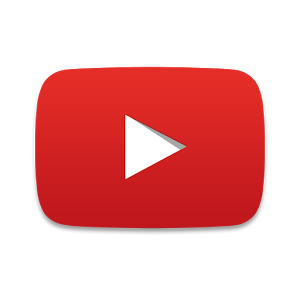 … is something what people argue against cancel culture. They believe even the worst of the worst should not be cancelled; if they are cancelled, they would never learn to be better people.

I disagree because it insinuates that every mistake humans make is equally bad. We know damn well that is not true. Making tasteless jokes is certainly not on par with inciting violence, being sexually predatory and filming a dead body and showing it your young viewers. You won’t grow up if you don’t taste the bitter consequences for your actions.

Obviously, the severity must be proportionate. Ruining someone’s a career just for a tactless joke – especially the one made in the past – is needlessly cruel. Stern but constructive criticism is more than enough; you would learn that likeability requires reading the goddamn room.

But, incitement of violence? Sexual abuse? Filming a corpse and showing it to children as entertainment? Do I need to explain how harmful they are?

If you committed either one and the only punishments you get are mere criticism and temporary income decrease, it sends a message that your atrocious acts are trivial stuffs which people overreact to. Why should you learn from your mistakes when you can repeat them over and over again and always left relatively unscathed?

As far as I am concerned, neither of them continue targeting mature content to children (and Logan only filmed a dead body once). But now, they are peddling cryptocurrency scams.

They never stop being bad guys; they simply changed their modus operandi. Logan also created a well-received podcast which, intentionally or not, gives a false impression of personal growth.

If not getting cancelled fosters personal growth, why are the Paul brothers still the cunts that they are?

If influential and problematic Youtubers like them were cancelled, they would be powerless to cause widespread harm. Not only they wouldn’t continue mistreat lots of other people, they also wouldn’t normalise toxicity, to the point where we have extremely low bar of human decency on Youtube, making them look virtuous compared to other problematic individuals.

Would they grow as human beings? I don’t know and I don’t give a fuck.

Seriously, between stopping a disease from spreading and giving it a chance (which is not 100%) to cure itself, why the fuck should we prioritise the latter?

Why the fuck should we risk letting it spreading just for the sake of your pathetic, deluded sensibility?

Why the fuck should we responsible for their redemption arcs?